On the surface, the piece is beautiful. Soft, delicate, and ornate, framed in gorgeous floral arrangements. Eastern Chinese and Japanese influences are noticeable in the architectural drawing, map, and apparel. Beneath the beauty, questions lurk as to the dualistic nature of the narrative.

On the surface, the piece is beautiful. Soft, delicate, and ornate, framed in gorgeous floral arrangements. Eastern Chinese and Japanese influences are noticeable in the architectural drawing, map, and apparel. Beneath the beauty, questions lurk as to the dualistic nature of the narrative.

The image of a fairly Western-looking woman in traditional Japanese costume is from an 1899 seed company catalog , which is of particular interest for its use of Japonisme.  The French term Japonisme, first used in 1872, refers to the influence of Japanese art, culture, and aesthetics in Europe and America in the mid-1850s, when, following 200 years of seclusion, Japan began to welcome and trade with merchant ships of various nationalities. (Barabara Wells Sarudy). The woman represents a western interpretation of eastern culture and art.

The upper third of the piece depicts the proposed Lily Valley Kuling Conference property, planned in 1926 but never built. The village of Kuling is on the slopes of a wide valley in the Lushan District of southern China. The image blends Chinese and Japanese architecture and style, and the property was intended to be a peaceful place, a place of brotherhood.  Maybe even a sort of utopian community.

The lower portion of the piece is layered with a map of Nanking (Nanjing) China. Here is where we begin to understand that the visual elements are at odds with each other. In December 1937 during the Second Sino-Japanese War, the Japanese Imperial Army captured China's then capital city, and murdered almost half of the civilians and soldiers in the city.

The early 20th century saw the continued influence of Eastern art and culture in the West, at the same time that internal and international conflicts brought about acts of aggressions and violence (e.g., Japanese attack on U.S. naval base at Peal Harbor, the use of nuclear weapons against Japanese citizens in Hiroshima by the United States and more).  Yet, the beauty of the piece’s elements overlay the contentious and often times violent relationships between Japan, China, and the United States.

The piece is Healing Beauty.  The title was not chosen to represent the “beautiful woman” in the foreground.  The title represents the healing and peace, to some degree, between these cultures, and the beauty emerging from the healing is exemplified in the harmony and balance of the collage.  Drops of gold adorn the lower portion of the piece in the original. S. Marie Farrand explains, “When the Japanese mend broken objects, they aggrandize the damage by filling the cracks with gold. They believe that when something’s suffered damage and has a history it becomes more beautiful.”

The drops of gold aggrandize the damage, and out of the suffering, peace and beauty bloom. The woman stands in a lotus blossom, which symbolizes “rising and blooming above the murk to achieve enlightenment.”

Wall Preview
Save to Favorites
Email a Friend

The presence of this badge signifies that this business has officially registered with the Art Storefronts Organization and has an established track record of selling art.

It also means that buyers can trust that they are buying from a legitimate business. Art sellers that conduct fraudulent activity or that receive numerous complaints from buyers will have this badge revoked. If you would like to file a complaint about this seller, please do so here.

This website provides a secure checkout with SSL encryption.

The Art Storefronts Organization has verified that this Art Seller has published information about the archival materials used to create their products in an effort to provide transparency to buyers.

WARNING: This merchant has removed information about what materials they are using in the production of their products. Please verify with them directly.

Your cart is currently empty.

This is only visible to you because you are logged in and are authorized to manage this website. This message is not visible to other website visitors.

The above preview shows how to use the live preview on this website. The image displayed is just an example, and is not available for sale.

This means you can use the camera on your phone or tablet and superimpose any piece of art onto a wall inside of your home or business.

To use this feature, Just look for the "Live Preview AR" button when viewing any piece of art on this website!

Buy art with confidence using the Wall Preview Tool. Choose a pre-loaded room setting or upload an image of your own, then adjust the wall color and size of the art product to find the perfect fit for your space.

Buy art with confidence using the Wall Preview Tool. Choose a pre-loaded room setting or upload an image of your own, then adjust the wall color and size of the art product to find the perfect fit for your space. 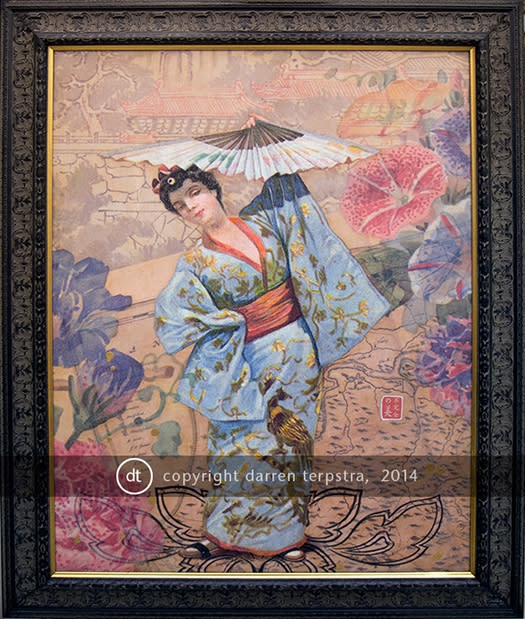 Email this Image to Your Friends

Below, select which favorite lists you would like to save this product into.

Enter your email below and I'll be sure to keep you in the loop!